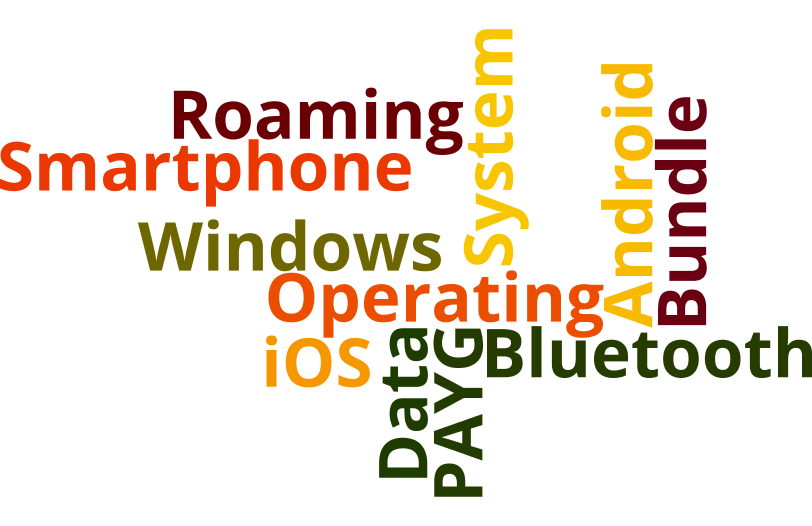 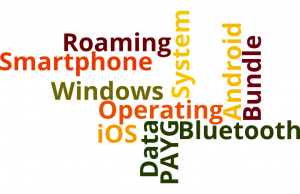 Here at Crystaline, we do our best to make everything to do with mobile phones simple and easy to understand. But if you’re struggling with any of the jargon you’ve come across, this mobile phone glossary should provide you with everything you need to become an expert.

1G
First-generation mobiles or mobile systems – these were the first-ever mobiles and provide the basis for all of today’s smartphones.

2.5G
2.5G or “second-and-a-half generation” – this was the next step from 2G and provides enhanced data communications services, including Multimedia Messaging Service (MMS) as well as Wireless Application Protocol (WAP) access for emails and web browsing.

4G
The new standard in mobile phone technology that offers huge speeds (up to 300Mbps) and super-fast downloads.

Air time
This is the number of minutes spent talking on the phone, or the allowance of minutes from your provider (see Talk Time).

This is an operating system developed by Google that powers smartphones manufactured by the likes of Samsung, HTC and Sony.

Bluetooth
Wireless technology that allows connections and exchange of data between devices over short distances.

Caller display
The screen of your mobile that shows the name and number, and sometimes a picture of the caller on a call.

Camera phone
This is a mobile phone with a built-in camera so you can take pictures and record videos.

Coverage
This is the area in which you get mobile phone signal from your network. If you have coverage then you can make and receive calls on your mobile phone, send and receive messages and access the Internet.

Desktop charger
A handy accessory – also referred to as a charging dock or cradle – that holds the handset upright on a surface on your desk while it is charging so you can easily view the caller display.

Dual band
This term refers to mobiles that can switch between two frequencies. All new UK mobiles are dual band.

GPRS
General Packet Radio Service – This was a way to enhance 2G phones’ capabilities so they can send and receive data at a much faster rate. A GPRS connection means the phone is “always on” and can transfer data immediately.

Hands-Free
This is a safety feature that allows you to talk without holding the handset to your head and often involves using an extra hands-free accessory such as a Bluetooth earpiece. This is particularly popular with drivers because holding a handset while driving is illegal in the UK.

Instant messaging
This term refers to services that let you chat to your friends with text messages in real time. Examples of instant messaging apps or services are WhatsApp and BlackBerry Messenger.

MP3 Player
This can be a hardware or software built into a mobile phone that allows the playback of music and audio files.

Multimedia messaging
This term refers to sending messages between mobile phones that include images and video clips.

Off-Peak
This refers to the period of time after business hours have ended and during which mobile networks tend to offer reduced rates for calls.

Pay As You Go (PAYG)
This is a prepaid mobile phone service. It works by allowing customers to purchase credit in advance to make calls and send messages at rates set by the network.

Peak
This is the time of day when the phone network is busiest – This usually occurs during normal business hours. Networks normally make calls more expensive during this time period.

Roaming
This is sometimes referred to as International Roaming. It means using your phone on a different network, usually in another country, to the one you are signed up to. Your network and talk plan will determine how many countries you can roam in and what charges you will incur from using this service.

SIM
This stands for Subscriber Identity Module. It is the chip that identifies the mobile number and mobile account to the network. It stores essential data and is required to make or receive calls on your network.

This refers to modern handsets that carry out a whole range of functions. More than just phones, smartphones can surf the web, send and receive emails and be used for video games and viewing movies and much, much more.

SMS
This stands for Short Message Service. It is the service that allows short text messages to be sent and received on all mobile phone networks.

Standby time
This refers to the number of hours that a mobile phone battery will last without receiving or making any calls. If you use the phone to make calls or send messages then the standby time will be diminished.

Talk time
This is the same as air time and refers to the actual amount of time spent talking on the phone, or in some cases the allowance of time available on your talk plan.

Tri-Band
Tri band or Triple band phones can operate across three GSM bands, which means they can be used in more than 100 countries.

Voice commands
This is a way of using your mobile with your voice. You speak a command and, assuming it understands, your smartphone will carry out the instruction. Voice commands are especially handy when you’re driving or in situations where your hands are in use elsewhere.

Voicemail
This is a mobile phone service provided by your network. Voicemail records audio messages from callers when you are unable to answer the phone.

WAP
This stands for Wireless Application Protocol and was the means through which older-generation phones could access the internet.