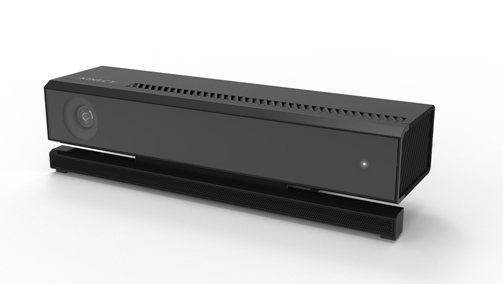 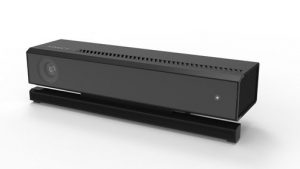 Have you ever watched someone playing with Microsoft Kinect? The games console, once the fastest-selling consumer electronic product ever, uses sensors so players can control the action with hand gestures and body movement instead of buttons on a control pad. It’s all fairly snazzy but when the players get to the game menu, you’ll notice they use exaggerated movements to press an invisible “button.”

“Players make massive gestures because they don’t know where the buttons are in space,” explains Tom Carter, co-founder of Ultrahaptics. “The same was true when Apple released the iPhone. People couldn’t type on the touchscreen without looking at it because there was no feeling of touching the keys. It’s why people continued to use BlackBerrys for emails.”

The lack of touch response, or haptic feedback, on touch screens and in virtual reality (VR) prompted an investigation by Carter during his computer science degree at Bristol University. He and professor Sriram Subramanian set out to find a way to make people feel things that aren’t there.

“The research community was producing cameras that could sense your hands, so you didn’t actually have to touch the device to operate it – so we could see where the technology was going, but we could also see this big problem that comes with it,” says Carter.

The resolution came to the pair through ultrasound. They found a way to target ultrasound waves towards someone’s hands, creating the feeling of touching something in thin air. When Carter’s degree finished, he and his professor realised they could have something pretty special.

“We knew it could become a company eventually, so I enrolled in a PhD at the university to keep working on the technology until it was ready to roll out, two years later,” says Carter.

He and Subramanian formed their business, Ultrahaptics, in late 2013. Now the firm has around 18 full-time staff, “dozens of household-name businesses as clients” and recently finished a Series A funding round totaling £10.1m. It’s currently based in Bristol’s tech incubator The Engine Shed, but not for long.

“We’ve grown really quickly,” Carter says. “We started out with two desks here and now we’ve taken over a whole floor and it’s time for us to move out – but we’re just moving over there,” he says, pointing out of the window towards the other side of the road.

Bristol, it seems, has provided the perfect fertile ground needed to grow the business: “Bristol has lots of energy in the start-up space and being based in The Engine Shed has meant we’ve been able to share experiences with other fast-growth tech companies. Access to talent has also been really easy because of the cluster of universities in the area, between Bristol, Bath and Cardiff.”

However, when the founders wanted to work out which industry to focus on, they ventured first to the United States. Las Vegas’ Consumer Electronics Show (CES) provided a productive place to test the water with people from a range of different sectors.

“In some ways the trip was hugely successful, we were able to schedule four months’ worth of meetings in four days,” says Carter. “But in other ways it failed because we had interest from almost everyone, meaning we didn’t really narrow our focus.”

Despite the enthusiasm for the product from myriad areas, Ultrahaptics has found a natural focus in four areas; automotive, consumer electronics, kitchen appliances and gaming.

To give an example of what is possible, the company could create a cooker that warns your hand when it’s close to a hot hob or could create invisible on/off buttons for a car radio. But it’s the gaming industry that interests Carter the most: “It’s my favourite because it’s fun and it’s the place where our technology could have the biggest impact.”

According to Carter, the things that virtual reality has fallen down on in the past, such as cumbersome headsets which don’t allow you to lose yourself, or the lag between head movement and graphic readjustments, have been resolved. The final hurdle is touch.

“Touch is where VR breaks down but we could create the touch and texture of something that isn’t really there,” he says.

Ultrahaptics doesn’t plan to create its own products. It expects its technology will be rolled out in products by partner companies, the first of which is expected in the second half of 2016. Carter remains tight-lipped about who he’s working with though. “Until pretty recently, the smallest company on our programme had a market cap of $8bn, so there’s nobody you won’t have heard of.”