The benefits of using VoIP as a small business 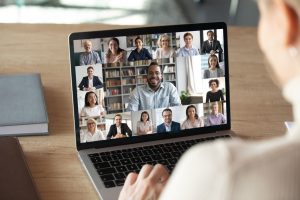 You’ll have heard us talk about Voice over Internet Protocol (VoIP) before, but you may not know exactly what it is, or how it can benefit your business.

VoIP refers to a new type of phone system — one that works via the internet. Traditional phone systems, or PBX systems, operate via copper wires that have been in place since the 1800s. While the PBX system has done its job for centuries, wired communication is degrading and becoming obsolete.

Upgrading a phone system to VoIP requires one thing — an internet connection that can handle voice calls and their associated data. If your business uses a leased line, or has ultrafast broadband, you should have more than enough to keep you connected.

What are the benefits?

Untethered from those old copper lines, moving to VoIP will make your business more mobile. Employees can make calls more freely, either at their desks with their phones or, if they’re out and about, via their mobiles instead.

For small businesses, there’s nothing more costly than missing out on potential opportunities. Copper lines can be more prone to maintenance, which could result in unplanned downtime. VoIP, however, is far more reliable and won’t succumb to a bout of bad weather or roadworks cutting off connectivity lines.

VoIP is also far easier to fix if things to go wrong. With a PBX, call outs to engineers can be costly if the line is down. VoIP problems can often be fixed by the user via an online portal, reducing ongoing costs.

VoIP isn’t a technology of the distant future, it’s something all businesses should consider now. The public switched telephone network (PSTN), and the copper lines that run it, is being switched off in 2025. That means all businesses still relying on the traditional phone system will need to make the switch before then.