The PSTN stop sell: all you need to know 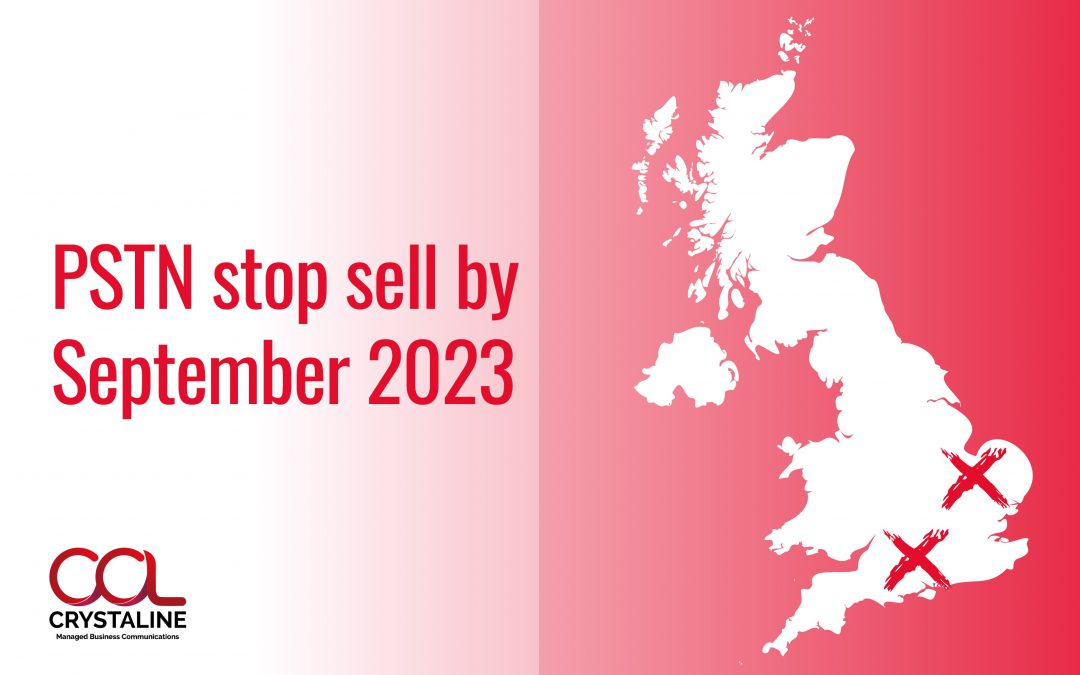 Slow and steady is not always going to win the race, even if it seems you have plenty of time to reach the finish line. After all, in a computerised world, getting ready for the Public Switched Telephone Network (PSTN) switch-off and transitioning to a hosted voice system is crucial for your business’ survival. Let’s explore how businesses can overcome the PSTN stop sell’s deadlines before it’s too late.

The PSTN has facilitated voice calls in the UK since 1875, but will be fully deactivated by December 31, 2025. The withdrawal, and ultimately the closure, of legacy copper services and wholesale line rental (WLR) services will happen on an exchange-by-exchange basis, managed by Openreach. To many businesses, the switch-off may seem like a future problem that does not demand their immediate attention. However, they must also consider the switch-off’s stop sell period.

What is stop sell?

Openreach’s stop sell policy, which will take have taken full effect by September 2023, describes an area in which Openreach has halted sale of its analogue services. Until the PSTN switch-off, all products can still be used, yet no further access lines can be added to legacy products. To be able to use all of the features of the digital world, which the PSTN was never equipped for, considering a transition to newer forms of online communication is crucial. After all, according to Statista, the UK had an estimated 62.86 million monthly internet users in 2021. This number is expected to reach over 65 million by 2026.

Some areas of the UK are already in a PSTN stop-sell. As part of the trial, Salisbury homes and businesses are no longer able to purchase copper services from local or national providers. Instead, they are encouraged to prioritise digitalised technologies such as fibre to the premise (FTTP). So far, over 22,000 businesses and new homes in the area have been equipped accordingly.

Openreach added an additional 77 exchange locations in April 2021. These exchanges will have the stop sell policy applied as of the April 29, 2022. A further 86 exchanges will face a stop sell in August 2022, bringing the PSTN deadline date closer to many businesses than they may have initially thought.

The oldest system used by broadband providers to connect your business to the internet is the Asymmetric Digital Subscriber Line (ADSL). The ADSL delivers internet connectivity by using the PSTN’s copper wires. Although its coverage is almost UK-wide, download speeds are lacking. The average speed is just eleven megabits per second (Mbps), which can impair connection reliability and subsequently impact operational efficiency.

The solution to this issue is FTTP, also referred to as “full fibre.” FTTP eliminates the reliance on aging PSTN copper wires and uses fibre optic cables at every stage of transmission. Not only does FTTP offer are a reliable internet connection, but in certain parts of the UK, FTTP can provide download speeds of up to 900 Mbps, which is over 80 times faster than the ADSL’s speeds.

According to the Centre for Economics and Business Research, the implementation of FTTP could increase national productivity by £59 billion, reduce carbon emissions by 700,000 tonnes and reintroduce over a million people into the workforce via remote work.

Therefore, businesses prepping for the exchange are best served by Crystaline’s Voice over Internet Protocol (VoIP) business phone systems. Essentially, it offers all the pre-existing PSTN features, with instant and reliable connectivity via the internet rather than analogue lines. On par with the future of work, including hybrid work models, VoIP’s unified communications implementation is particularly significant as it connects across an entire office’s handsets, desktop laptop computers and mobile devices. Thus, businesses enjoy unmatched mobility and simplicity as staff can be reachable anywhere in the world and do not need complicated hardware to communicate.

While the finish line for the PSTN switch off may seem miles away, getting prepared now is key to success. But businesses should not switch with too much haste — knowing when the stop sell will affect your local area, and getting the right expert support, will be key to future-proofing your communications setup.